The Hemet City Council consists of five members elected  by district, who serve four-year staggered terms. Annually, the City Council appoints a Mayor and a Mayor Pro Tem from its own membership to serve a one-year term.

The mayor is responsible for presiding over City Council meetings, representing the City Council at various business and ceremonial events, and executing all City ordinances, resolutions, and contracts. The Mayor Pro Tem performs these duties in the Mayor’s absence.

As a legislative body, the City Council is responsible for the enactment of local laws/ordinances, the adoption of the annual City budget and capital improvement program, and the review and adoption of proposed policies, agreements, contracts, and other City business items.

The City Council appoints the city manager and city attorney, as well as the members of the various citizen advisory boards, commissions, and ad-hoc committees.

City Council Meetings have a regular schedule, meeting every second and fourth Tuesday of the month, unless otherwise noticed. Meetings are held in the Council Chamber located at 450 E. Latham Ave., Hemet, CA 92543 beginning at 7:00 p.m.

Any person wishing to address the City Council on any matter, whether or not it appears on the agenda, may do so under the public communications portion of the agenda. Each individual is required to complete a Request to Speak form and is allowed three minutes to address the council. No action will be taken on any items not on the agenda.

The meetings are available virtually and can be viewed live at the following link: hemetca.gov/councilchamberlive. Members of the public may submit an online public comment on a particular item on or before 2:00 p.m. the day of the meeting. Public Comments shall comply with the adopted Rules of Decorum found in Resolution No. 4545.  If you would like to submit a comment, please fill out the form at the following link: Online Request to Speak Form

To find out in which district you reside, please consult the Elections District Map below: 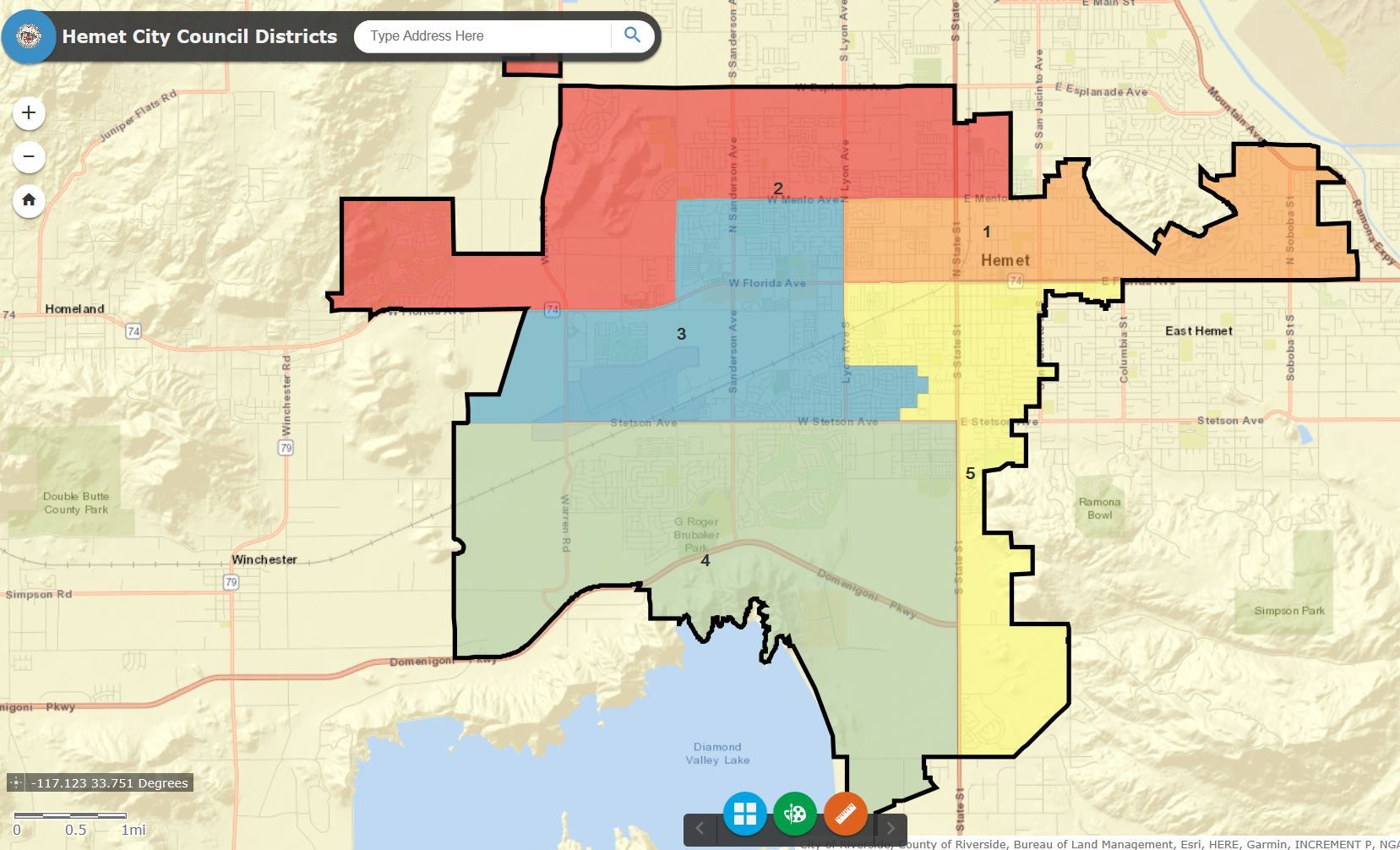